Monster is an adult pit bull, muscular and grey, who is impounded in a large animal shelter in Los Angeles. Like many other dogs at the shelter, Monster is associated with marginalized humans and assumed to embody certain behaviors because of his breed. And like approximately one million shelter animals each year, Monster will be killed.

The Lives and Deaths of Shelter Animals takes us inside one of the country's highest intake animal shelters. Over the course of her ethnographic research, Katja M. Guenther met countless animals, including Monster, and saw the dramatic variance in the narratives assigned them and, ultimately, in their chances for survival. She argues that these inequalities are powerfully linked to human ideas about race, class, gender, ability, and species. By deftly decoding the language and behaviors of shelter staff and volunteers, she explores internal hierarchies, breed discrimination, and importantly, instances of resistance and agency.

Current efforts to help shelter animals largely fail to address the underlying causes of companion animal homelessness, such as poverty and precarity. In this book, Guenther, offers a radical rethinking of the problem of shelter confinement and death, demanding a new way of thinking about the relationship between humans and companion animals. The Lives and Deaths of Shelter Animals forces us to reacquaint ourselves with the animals we claim as "best friends."

AVAILABLE AT BOOKSHOP.ORG OR WHEREVER YOU LIKE TO PURCHASE BOOKS

"Over the past eight years, I've been part of leading three, open-admission government shelters. This remarkable book addresses virtually every systematic issue I've experienced and accurately examines the complexities of the sheltering institution. Katja M. Guenther gets it right. This is a must-read for anyone working or volunteering in an animal shelter. I promise, it will change the way you see your job and make you ask yourself tough questions about where we go from here." -- Kristen Hassen, Director, American Pets Alive!

"In this powerful and timely book, you will meet Gemma, Kali, Monster, Pretty Girl, Jesse, Jake, and many other four-legged beings whose situations in an animal shelter expose overlapping forms of oppression involving race, gender, class, and species. Katja M. Guenther unlocks the shelter door and eloquently explains this complicated and contested multispecies space, as she reflects on issues such as witnessing, vulnerability, advocacy, grievability, compassion, and animal resistance."
—Carol J. Adams, author of The Sexual Politics of Meat

"In this compassionate, incisive ethnography of an animal shelter, Katja M. Guenther illuminates the entangled injustices that shape human relationships with other animals. The emotional, practical, and political contradictions of killing our companions become important sites for understanding exercises of power over others and possibilties for resistance. In addition to providing a conceptual framework for making animal deaths grievable, this book provides important new insights for critical animal studies."
—Lori Gruen, author of Entangled Empathy

"Katja M. Guenther captures the intricate world of animal sheltering and shelter volunteerism in a brilliantly executed multispecies ethnographical work. With the perfect balance of intimacy and analytical depth, the author reminds us of how messy things can get when caring and killing become one, or when the value of the animal companion's life is measured by the race, gender, and zip code of the owner."
—Bénédicte Boisseron, author of Afro-Dog

"The Lives and Deaths of Shelter Animals is an important read for anyone interested in the social world of animal shelters." -- Michał Piotr Pręgowski ― Anthrozoös

"Dr. Guenther's book is an extremely important work that encourages us to be more compassionate and reminds us that the oppressive systems at work in society at large are also at work in the microcosm of the shelter. The book invites us to rethink the entire sheltering system to make it more equitable and humane." -- Community Cats Podcast

AVAILABLE NOW!
Making Their Place: Feminism After Socialism in Eastern Germany (2010)
The collapse of state socialism in eastern and central Europe in 1989 had a dramatic impact on women. Witnessing the loss of state support for their economic activity, the curtailing of their reproductive rights, and the rise of gender ideologies that value women primarily as mothers and wives rather than as active participants in the workforce, women across eastern and central Europe organized on a local level to resist these changes.

Making Their Place brings to light how feminist movements in two eastern German cities, Erfurt and Rostock, utilized local understandings of politics and gender to enhance their possibilities for meaningful social change. The book chronicles the specific reasons why place matters, the importance of localized experiences during the socialist era, and how history shapes contemporary identities, cultures, and politics. What emerges is the fascinating story of the different ways people have struggled to define themselves, their values, and their understandings of gender in a period of monumental social, economic, and political upheaval.

REVIEWS:
"The book makes a significant contribution to the on-the-ground understanding of how feminist movements and practices are shaped by the legacies of socialist women's organizing before 1989. The book is elegant and concise, perfect for teaching undergraduate classes about local politics in East Europe and political transformations after socialism . . . Overall, the book is a much-needed contribution to current feminist debates, and is perfectly suitable for courses in women's studies, sociology, anthropology, political science and East European Studies." (Kristen Ghodsee Women's Studies International Forum)

"A highlight of [Making Their Place] is its language and rhetorical clarity. . . . This book is a major achievement in the continuing analysis of East and West German feminism. It will challenge and enrich social movement debates with its insistence on place-bound mobilization." (Sabine Lang American Journal of Sociology)

"Overall, this book with its detailed case studies will prove extremely valuable to scholars of the ongoing [German Democratic Republic] studies, as well as to generalists in contemporary German studies. Its well-written prose makes this book very accessible; and the excellent concluding chapter could be included in any undergraduate course on contemporary German society." (Beret L. Norman German Studies Review)

"Making Their Place is a fascinating and insightful tale of two feminist movements after the fall of state socialism in Eastern Germany. It is one of the first and only comparative studies that dispels the myth of the East European antipathy toward feminism, revealing instead the complex factors that shape and give meaning to local feminist struggle. Through an impressive mixture of interview, observational, and archival material, Guenther exposes how larger political, cultural, and social structures give rise to local conditions that can enhance and undermine the emergence of feminist organizing. This book is a must read for those interested in social movement theory and history, social change in contemporary Europe, and the politics of gender after socialism." (Lynne Haney New York University)

"Guenther's book is an important addition to our understanding of feminism in both Germany and Europe as a whole. Too many accounts of the post-socialist transition note the extraordinary rise of feminist movements in many Eastern European countries in 1989, but then assume that these efforts soon ended in defeat. Guenther shows that feminism, though no longer conspicuous at the national level, is still a vital force in many cities and communities. By emphasizing the relationship between international, national, local, and regional identities, Guenther provides a useful critique of conventional accounts of feminism, which is still presented mainly in national contexts." (Ann Taylor Allen Women's History Review)

"Guenther's detailed comparative work affirms that the socialist past matters, but it matters variously, even in places with a seemingly similar history. . . . Making Their Place certainly satisfies as an insightful and well-written comparative study of how the differential development of 'place character' shapes potentials for and forms of feminist organizing and is variously shaped by these efforts in turn." (Sarah D. Phillips American Ethnologist)

"Making Their Place is a welcome contribution to the literature of activism, movements, and (feminist) political change. Those interested in feminist organizing will enjoy it and learn from it, as will anyone who wants to explore the dynamics of post-socialist Europe. Her book is a well-argued example of how to think about history, culture and local political contexts in tandem. As more and more studies of social movements rightly draw our attention to the global opportunities for and challenges to grassroots organizing, Guenther reminds us to consider questions of place along with questions of scale." (Benita Roth Contemporary Sociology)

"If you are interested in how and why social movements evolve in times of political and cultural upheaval, you must read Making Their Place. In a beautifully written and innovatively theorized book, Guenther demonstrates how feminist organizations in two East German cities, Rostock and Erfurt, diverged following the fall of state socialism in 1989. Guenther examines the ways in which differences in place influence the emergence, opportunities, and outcomes of two local feminist organizations. Guenther introduces a new theory to social movements by combining political, cultural and spatial perspectives. This research contributes not only to understanding feminist movements and social change in Europe, but also to overarching conversations about connections between social movements, context, politics and culture." (Alison Dahl Crossley University of California, Santa Barbara, Mobilization)

"Making Their Place is not only well researched but also beautifully written . . . While Guenther is clearly a masterful sociologist, she apparently has the patience of a good historian. The book is based on rich data from many years of fieldwork, including a multisite ethnographic study with observations and extensive interviewing, as well as archival research and document analysis . . . It is a must-read for scholars of gender politics, women's movements, German feminism and postsocialist studies." (Kathrin Zippel Gender & Society)

"Guenther's book presents a remarkable contribution to scholarly understanding of the women's movement in Eastern Germany. She manages to combine a multitude of perspectives, observations on the developments in eastern Germany as a result of very specific traditions and regional dynamics, and thoughtful comparisons with positions in western Germany, Scandinavia, and the U.S. The study excels in its neutrality towards ideology, thereby delivering some relief from the trench warfare of the 1990s between the 'stepsisters' of the East and the West. Guenther, therefore, may be seen as a representative of a new generation of feminist researchers who will seek to determine the direction of feminist discourse from a greater historical distance." (Ingrid Miethe German Politics and Society) 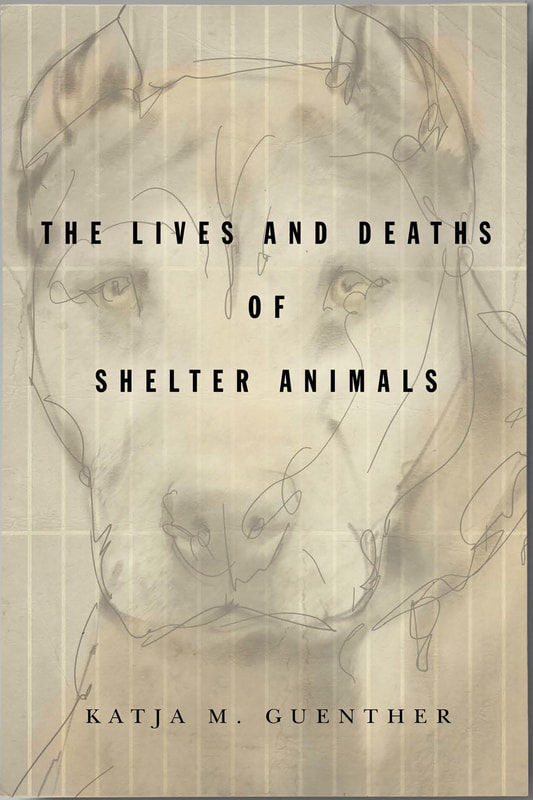